Arrived in Melbourne for a complete success

The charity dinner party hosted by Africa ACC (Amitabha Caring Center) was grandly held at the Whitehorse City Hall Auditorium in Melbourne, Australia, in the evening of December 1, 2017.

From Taiwan’s Gao Sheng: Master Hui Li, the founder of the African ACC, was shocked decades ago to learn that AIDS patients ravaged Africa. Many parents died of this terminal illness. This caused countless children to lose their parents and become orphans. In addition, Africa lacks education. Many children cannot escape the destiny of poverty, so Master Huili decided to open a hospital in Malawi in 2004, hoping to help children suffering from natural disasters, diseases, wars and poverty.

Venerable Huili then extended the Buddhism spirit of Purdue sentient beings to Lesotho, Swaziland and Namibia. So far he has sponsored nearly 1,000 African children and has even managed the out-of-hospital relief station (CBO). In the care of orphans, ACC has taken care of more than 8,000 children in total.
ACC plans to open a fifth campus in Mozambique. It is currently awaiting approval from the local government and hopes to continue to set up preparatory offices in 54 African countries including Kenya.

Inspired by Master Huili's perseverance and great compassion and kindness, through years of hard work, a large number of young talents have been cultivated. This magnificent action by Master Huili has touched thousands of people and won the support of governments and all walks of life. Master Huili also took African children to various countries to tour many times when conditions were ripe.

These African children are versatile, can speak Mandarin, sing Chinese songs, and can perform Shaolin martial arts. This is the third time I have come to Melbourne for charity activities, and it has received extensive attention and support from all sectors of Melbourne society. The charity banquet hall was brilliantly lit and lively.

A dazzling array of promotional booths were set up in the outer hall of the auditorium, including handicrafts, paintings, and magazines published by ACC. The guests all appreciated, collected and kept as a souvenir. The conference volunteers were busy receiving the crowds of guests and leading them into the hall. 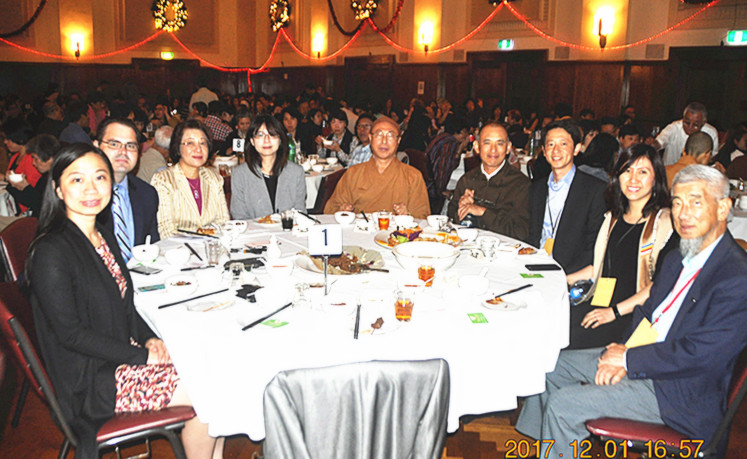 Before the official start of the banquet, the large Ying screens on both sides of the stage played the leading film to introduce the live situation of ACC, and at the same time played the tour advertisement clip. At 7 o'clock in the evening, a group of African boys dressed in African national costumes took to the stage to show authentic African traditional folk songs and dances. The bright, rough, natural and warm African style attracted all guests to the stage.

Immediately, the two hosts: Zheng Hongshan and Liu Rong came to the stage and announced the official start of the party. 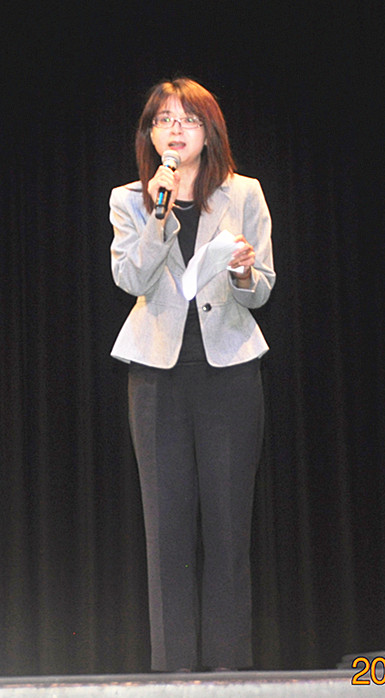 Chen Qiongyu, Director of the Taipei Economic and Cultural Office in Melbourne, City of Whitehorse Mayor Cr. Andrew Davenport, Mayor of Whitehorse City; delivered speeches one after another, expressing his welcome and appreciation to Master Huili and his entourage, deeply admiring ACC's philanthropy, and calling on the society All sectors try their best to support.
Then, Master Huili took the stage and gave a speech, briefly introducing the growth and development process of ACC, and
expressing sincere thanks to people from all walks of life in Melbourne for their practical actions and sincere help over the years.
A certificate of appreciation will be issued to the kind and charitable people who are enthusiastically sponsored to express ACC's wishes and blessings. 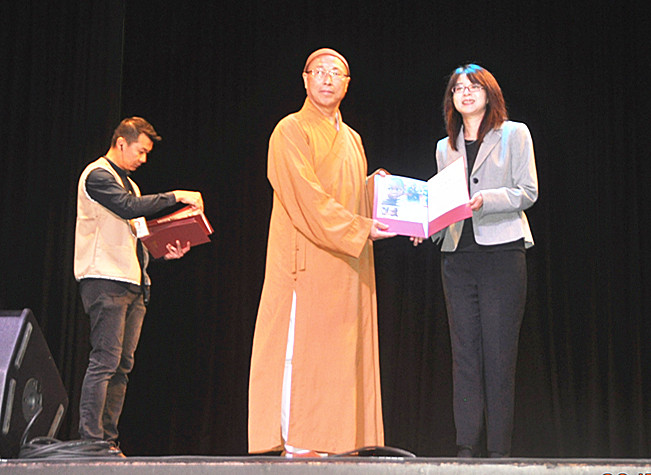 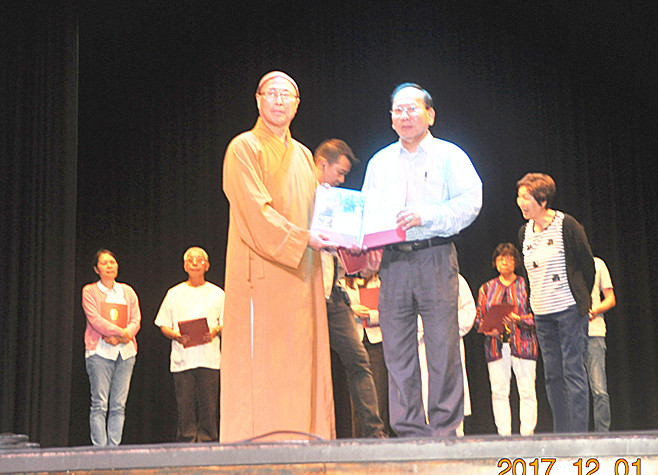 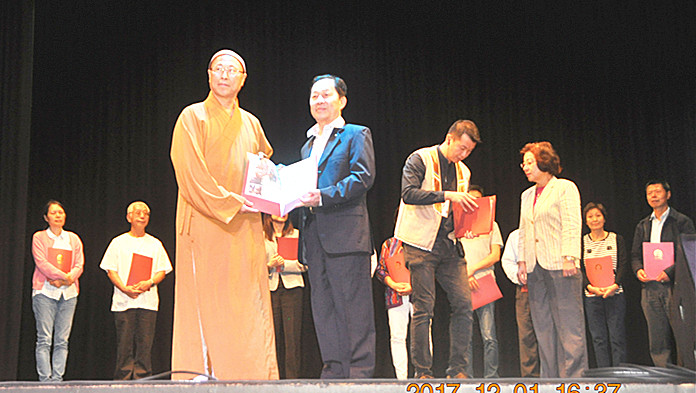 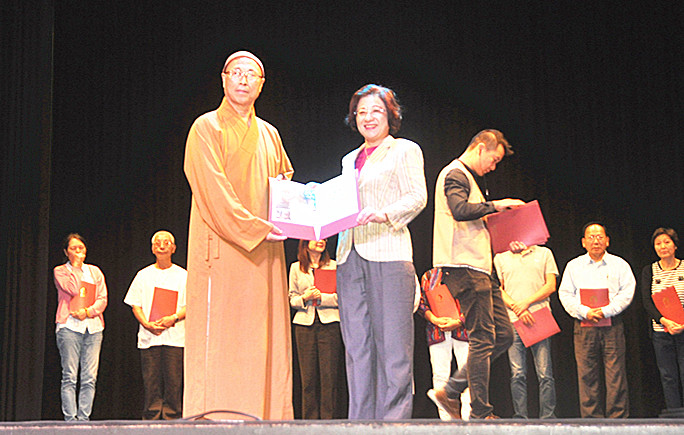 After the vegetarian banquet began, the performance officially opened. The program is colorful and colorful, while the vegetarian dishes are bright in color and delicious. A feast for the mouth and the eyes. And the program has diversified forms, including African folk dances, martial arts group dances, solo singing, and group singing. There are even humorous, humorous and funny like stand-up comedy or one-man show. Most of them sing in Mandarin, but also English. There are Taiwanese folk songs, Chinese pop songs, and African folk songs and dances. The content is very healthy and progressive, carrying forward the national spirit, advocating equality and freedom, and learning Chinese civilization. There is even a demonstration of Chinese Kung Fu based on disciples rules.

As on the program list: the words of the monk's father, the conversation between Di Fu and Ama's children, and the conversation between Teacher Bo Hua and Di Fu and Di Mu. There are also duet singing, chorus, boys' group singing, the dialogue between the rich, the pastoral, and Markham, and the words of these three and grandma. As well as independent performances by the three cultural and entertainment backbones of Markham, Difu and Dimu.
The calligraphy and painting auctions and lucky draws are inserted in the middle. 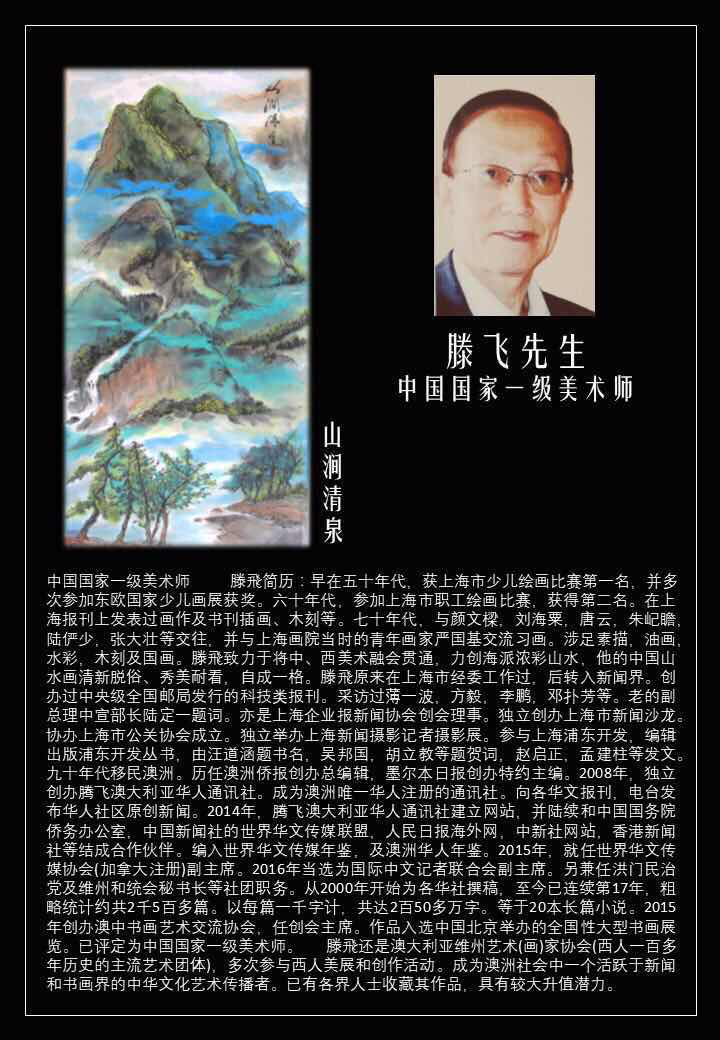 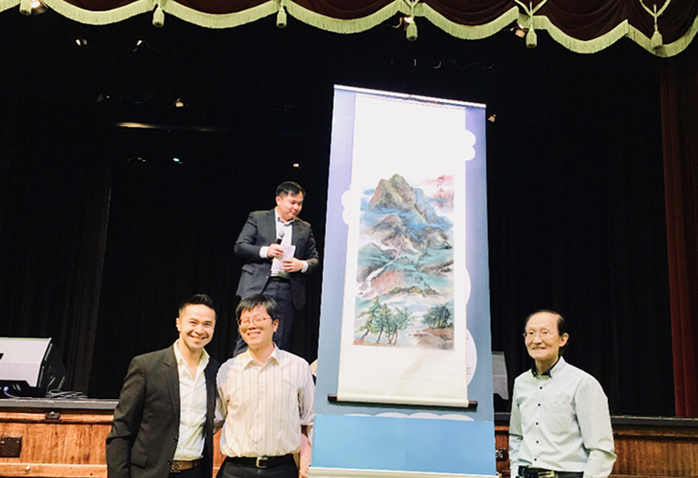 A (4-square-foot) Chinese landscape painting auction created by Mr. Teng Fei, the vice chairman of the World Chinese Mass Media Association, the president of Ascendas Australian Chinese News Agency, the chairman of Australia-China Calligraphy and Painting Art Exchange Association, and the national first-class artist in China, set off a wave .
The auction started from A$800. Under the promotion and promotion of the two hosts, the auction price has risen all the way. From an increase of 50 yuan each time to two thousand yuan, I have to mention that it needs to add 100 yuan once, and it still soars. After Zhou Yuda and Ping Wu, two young people, Shanren, jointly auctioned $6100.
According to Teng Fei's original wishes, all the money from this auction was donated to ACC.

Master Huili was as happy as everyone else. I stepped forward and gave a speech in front of the displayed landscape painting. It can be seen that the kindness of Melbourne's folk customs is really the Buddha's light, and the compassionate love is universally praised.

Next is the lucky draw. The director of the Taipei Economic and Cultural Office in Melbourne, Chen Qiongyu, and the Mayor of Whitehorse City, City of Whitehorse Mayor Cr. Andrew Davenport; draw various prizes. The winners came to the stage happily to receive the award.

The final prize: a large flat-screen TV, won by the Mervyn Lim couple. What is touching is that after they got the flat-screen TV from the mayor of White Horse, they decided to donate it immediately and auctioned it on the spot. As a result, they sold for 1000 Australian dollars, all donated to ACC. 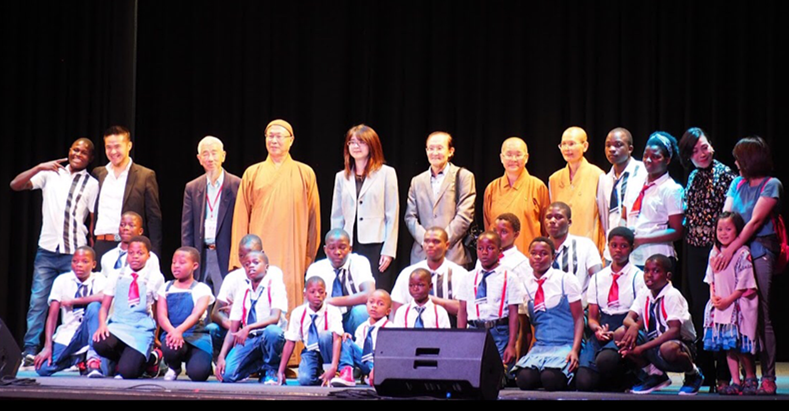 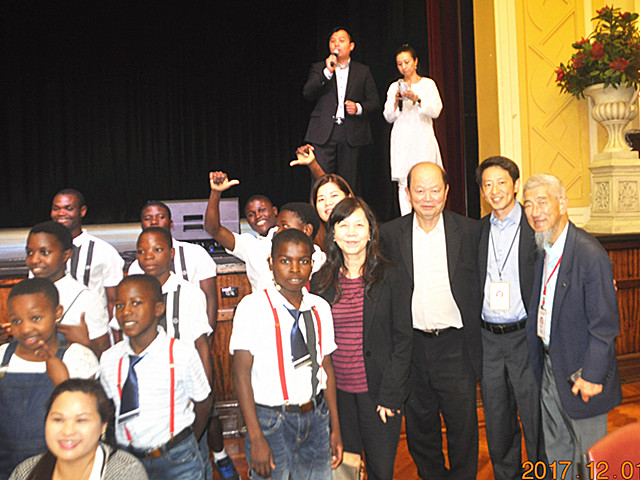 Finally, the little African actors took turns to introduce themselves, express their mottos, and encourage each other. Then the whole group went to the finale of the chorus. The ACC charity evening was a complete success in the joy of music and singing. Master Huili and the main guest took a group photo with the children. Many guests also enthusiastically stepped forward to take photos with the African friends, leaving an indelible memory.
"Tengfei Australian Chinese Newsletter"

Amitofo Care Centre Australia Charity ABN 66 165 269 670 is a Buddhist relief and Public Benevolent Institution dedicated to relief, foster and educate children and youth at risk of homeless in Africa to overcome poverty. Amitofo Care Centre Australia advances these causes by advancing culture, promoting reconciliation, mutual respect and tolerance between groups of individuals that are in Australia.

At ACC Australia, all our staff and team members are committed volunteers. Our administrative office and significant overhead costs are sponsored.

Where the funds go (Australian Community) 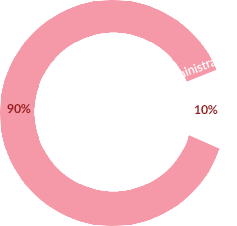